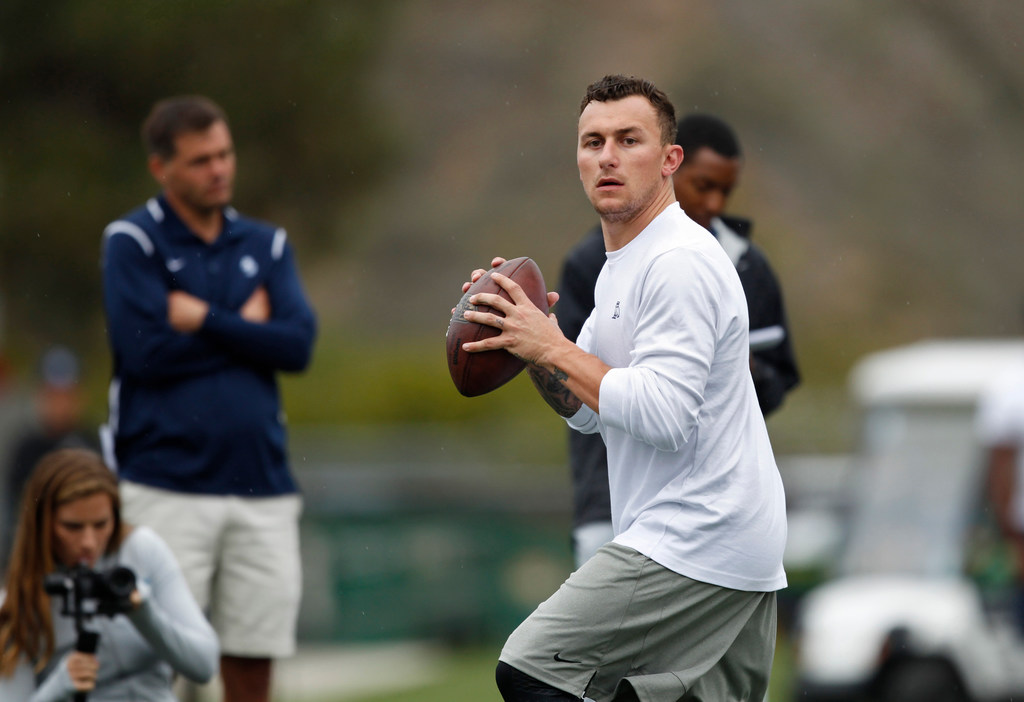 With his status as 2016 Manzeil free agent, the football league North of the Border has chimed in on the possibility of him playing in the CFL.  Good afternoon and welcome back to APEX Sports Betting.  Today, we have the commissioner of the league weighing in about the possibility of Johnny Football lacing them up to be part of the Canadian Football League.  This has been a viable avenue for a few NFL quarterbacks but usually it has been a launching pad and not a pit stop in one’s career.  Let us go to Canada to see if this is the locale of the resurrection of Johnny Football’s professional life.

Even after a stint in rehab as noted on APEX Football did little good, one sometimes must hit rock bottom to gain perspective.  Sustained unemployment in your chosen profession seems like one of those low points in life.  Kevin Seifert is the commish of the league and iterated these points when the subject came up.

It is interesting to note that the Hamilton Tiger Cats own the negotiating right to Manzeil for CFL purposes.  They are one of the few teams that are blessed at the QB position right now.  Names like Flutie, Moon, and Jeff Garcia are just some of the talent that was seasoned up north.

The hurdle is that the CFL is already in mid season.  Few teams would be willing to even touch Manziel on the college level.  To gain entry into CFL territory, he would have to swallow his pride and  come to the truthful realization that his NFL 2016 is terminal.  With his past penchant for bad decisions, he might not be ready to come to a sobering decision like this on his own.  If he can come to this conclusion, the CFL would be a fertile ground for a professional comeback for Johnny Manziel post 2016.  Good fortune in your sports ventures and we will see you next time here at APEX Football Betting.