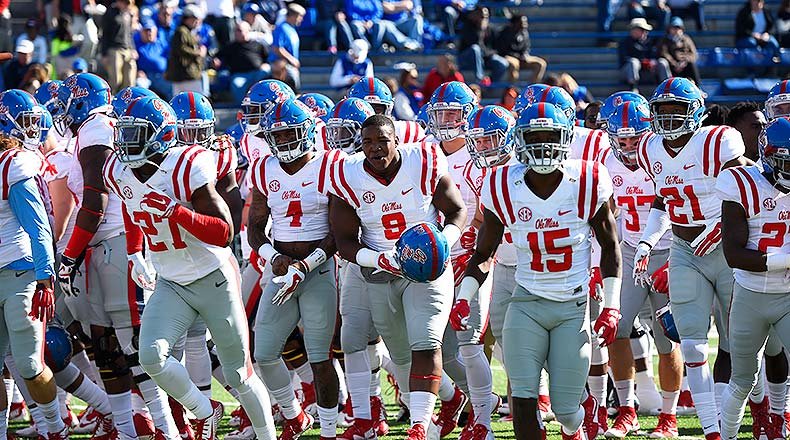 Ole Miss 2016 is one of those mystery teams entering college football’s regular season.  Great to see everyone back at APEX Sports Betting.  We are not making the argument that the Rebels will be awful.  However, on the cusp of two straight wins against Alabama that their potential might never now be realized.  Was this the extent of their glory or can they rise above their last season slumps?

Last two years it was the second half of the season in which they crumbled.  Now the onus of getting out of their first three games alive.  Florida State in the opener and Alabama with revenge on their mind in game three.  Not many teams can get the goat of the Crimson Tide in consecutive years.  Part of the improvement needs to come in special teams.  The kickers are above average in both field goal production and punt placement.  Where they get hurt is in the war of field position because of their returns.  Little to nothing in this dimension this year will hurt them early on.

Here is where we see that a decline is in order.  Computer projections have tabbed the season win total for this program at just a shade under eight.  The games against FSU are at 48 percent while Bama has a 40% of victory.  It is some other games that the simulations have found odd.

SEC is projected to be tough but how can the computers peg a ten point difference for LSU at home against this Rebel squad.  Whole season could be determined by game three so do not trust some of the lines out there.  Watch the teams, make informed decisions, and let your sporting wisdom be your guide at Americas Bookie.  Good fortune today and we shall see you later here at APEX Sports.