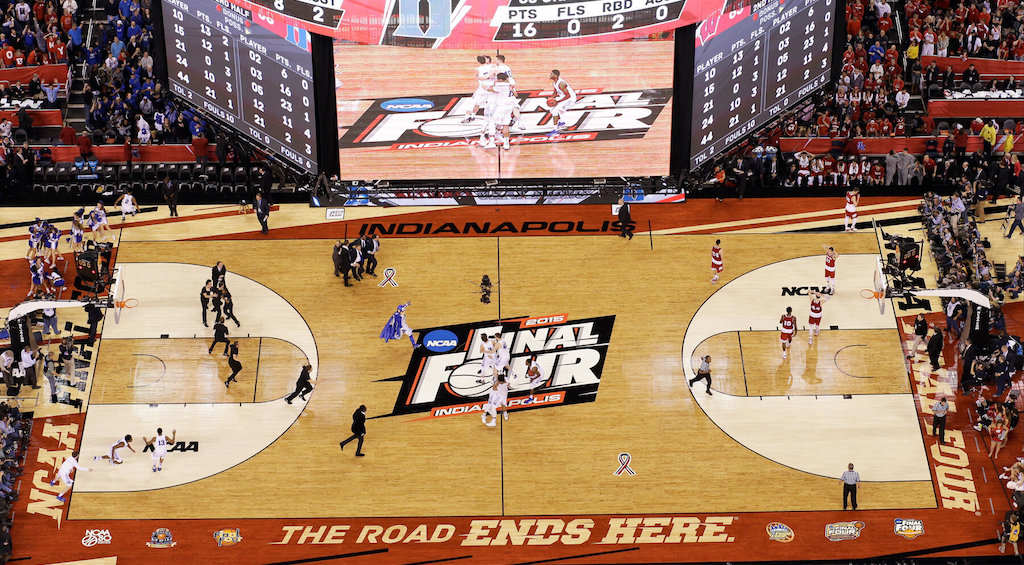 The NCAA Tournament is almost here and we have your March Madness 2021 news and notes.

March Madness is one of the most exciting sporting events to watch in the calendar year. There was no NCAA Tournament last season because of the COVID-19 pandemic. March Madness will be back in a unique way in 2021. If you are looking to wager the NCAA Tournament, here are a few notes that you must know.

MARCH MADNESS IS AROUND THE CORNER

Selection Sunday will take place at the conclusion of the conference tournaments on Sunday, March 14th. The Selection Show will air at 6:00 PM ET on CBS, and this is when the bracket will be announced.

The conference tournaments still have to take place, but there are projections of the entire bracket. The Big Ten has four of the top eight seeds currently. Before the conference championships, Gonzaga, Baylor, Michigan, and Illinois are the expected one seeds on Selection Sunday.

This may not be the case because of the Big Ten Conference. The four teams in the top eight will have to compete in the NCAA Tournament. Therefore, some upsets could cause an exciting bracket on Selection Sunday. This March Madness 2021 news needs to be utilized.

This year’s tournament schedule is different than a typical year without COVID-19. First off, all games will be played at venues in Indianapolis. Multiple venues in all regions of the country would be used in a traditional year.

The “First Four” games will be taking place on Thursday, March 18th. The first-round games will then be played on Friday and Saturday. The second-round will occur on Sunday and Monday. In a traditional year, the second-round would conclude on Sunday.

NEED TO KNOW: IS YOUR BOOKIE BUSINESS READY FOR MARCH MADNESS 2021

The Final Four is slated for Saturday, April 3rd, on CBS. The National Championship will be on Monday, April 5th, inside Lucas Oil Stadium.

Fans at Every Round

There will be fans at every round of the NCAA Tournament. There will be up to 25% capacity at all the March Madness venues. The 25% will include fans, players, staff members, and family members to align with COVID-19 guidelines.

For basketball games, Lucas Oil Stadium can hold up to 70,000 people. 25% capacity of this will equal 17,500 fans for the Final Four and National Championship.

All games will occur in Indianapolis, and the teams will stay in the surrounding area. All players and essential personnel will travel together to the games. Regular testing will occur throughout the tournament.

All the teams will practice at the Indiana Convention Center. The NCAA announced that the venues would be as followed.

The tournament will look different, but it will still draw a lot of attention. Bettors looking for the top online sportsbooks for March Madness can look here.

March Madness is back in 2021, so expect a lot of crazy games in the coming weeks.